Writing Prompts for the Chronically Uninspired by Cassidy Smith

Writing Prompts for the Chronically Uninspired

As writers, it can be hard to find that inspirational spark that we need to create something great. Everyone needs a push every once in a while. We’re here to help!

1.     You wake up and realize you can’t speak or understand your native language. You can only speak (insert foreign language here). How would your life change? Would you leave your family behind to migrate to the region which speaks your new language? Would you visit a specialist? Would you relearn your native tongue?

2.     It’s July of 1984. You are 19 years old, walking down the street to go to your favorite diner, when you notice a billboard advertising the Summer Olympics of 2020. You look down at yourself and notice a wedding band on your semi-wrinkled hands. What is going on?!

3.     You and your identical twin brother decide to do a genetics test (like 23 and Me or AncestryDNA) for fun with your parents. When the results arrive, your entire family is shocked: you and your brother are not related by DNA. You take more at-home tests, but they all come back with the same conclusion.

4.     You’re taking your daily walk through the forest a few miles from your home. As the real world fades and you trek deeper into the trees, everything comes to life. Describe all of the sounds, sights, smells, and feelings you receive from the world around you. Describe how it seems different from the other days you’ve walked through. Why does it seem different? Is something different in you or in the forest itself?

5.     As an adopted child in Bern, Switzerland, you realize that the opportunities you’ve received to become a world-renowned scientist are even more special and hard-earned than most. Now, you get the chance to test out your own invention, a time machine. You travel to the dawn of the 20th century. While you’re there, you meet a young, intelligent man named Albert. After getting to know him better, you realize that this Albert is, in fact, Albert Einstein. How would you react? Since you’ve created a working time machine, do you tell him? Do you help him with his theories?

6.     Climate change has reached its climax; the world is ending. Your character is a 17-year-old boy who must find a way to survive the extremes and eventually begin to rebuild in the aftermath. The survivors are very few and far between. Tell a story of the climate apocalypse, the survival aspects, the rebuilding, and the attempts to reconnect with survivors from around the world.

7.     Magic and technology are both rampant in the world; so much so that each side is trying to make the other obsolete. Your character is a well-known developer in the (magic/technological) side. Describe the technologies that have arisen to counteract magic, and vice versa. Eventually, there is a war between the two sides. Describe the battles and how it ends.

8.     In a religious dystopian world, it is illegal to be a non-believer. Each religion has their own tribe and region of the world, but they live peacefully amongst each other. The non-believers are either jailed or blend in with the tribes. Write a multiple viewpoint story with a character from a few of the major tribes and at least one from non-believers blending in and jailed. An uprising of non-believers begins to form.

9.     Rena is a 27-year-old woman who has had a difficult life: at 12 years old, she was found in an abandoned train station with nothing but a bloodstained dress and a note in her hand. The note only said her age and two words: “be free”. Now, she is plagued by nightmares of blood and an almost familiar face. Through therapy, she realizes that the nightmares are memories.

10.  Your wife and children have been brutally murdered in your home while you slept. You have no memory of falling asleep or hearing anything as the murders happened. Naturally, you are the primary suspect, but you are adamant that it wasn’t you. Luckily, you have cameras around the perimeter of your home for protection. The tapes are pulled and the police play them at the station. You see a shadowy figure heading toward your side door. As the video zooms in, you realize that the person you see is YOU. Is this a story of murderous doppelgangers or a murderous subconscience?

Matter over Mind Fran Cook, Publishing Assistant Even if nothing comes from something, be pr... 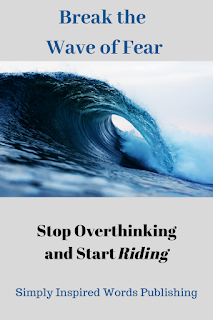